Kathryn Lasky has written an exciting new adult amateur sleuth mystery set in New Mexico in the 1930s. The sleuth is Georgia O’Keefe, who actually did suffer a nervous breakdown in 1933 when her husband Alfred Stieglitz had a somewhat public affair, was hospitalized for psychiatric treatment, and then traveled to the Ghost Ranch in New Mexico to paint. O’Keefe was approaching the peak of her fame and success, having just sold a painting for a record price. The narrative begins when she discovers the slain body of a priest in the desert. The plot includes several other murders, Georgia’s burgeoning romance with the local sheriff, an international espionage plot involving Charles Lindbergh (who is staying at the ranch with his wife Anne), and lots of intricate twists and turns leading to a thoroughly unforeseen denouement.

Colby Mills once felt destined for a musical career, until tragedy grounded his aspirations. Now the head of a small family farm in North Carolina, he spontaneously takes a gig playing at a bar in St. Pete’s Beach, Florida, seeking a rare break from his duties at home.

But when he meets Morgan Lee, his world is turned upside-down, making him wonder if the responsibilities he has shouldered need dictate his life forever. The daughter of affluent Chicago doctors, Morgan has graduated from a prestigious college music program with the ambition to move to Nashville and become a star. Romantically and musically, she and Colby complete each other in a way that neither has ever known.

While they are falling headlong in love, Beverly is on a heart-pounding journey of another kind. Fleeing an abusive husband with her six-year-old son, she is trying to piece together a life for them in a small town far off the beaten track. With money running out and danger seemingly around every corner, she makes a desperate decision that will rewrite everything she knows to be true.

In the course of a single unforgettable week, two young people will navigate the exhilarating heights and heartbreak of first love. Hundreds of miles away, Beverly will put her love for her young son to the test. And fate will draw all three people together in a web of life-altering connections . . . forcing each to wonder whether the dream of a better life can ever survive the weight of the past.

These Nameless Things by Shawn Smucker is a large print addition

Before Dan opened his door to find a wounded woman who had escaped from the tormentors in the mountain, his life had become rather quiet. He and the eight other people in the mostly abandoned town had become friends. They spent peaceful evenings around the campfire and even made vague plans to journey east one day and leave the ominous mountain behind.

But the woman’s arrival changes everything.

Who is she? How does she know so much about Dan’s brother, who is still held captive in the mountain? Why are long-forgotten memories rising to the surface? And why does Dan feel so compelled to keep her presence in his house a secret?

Rachel A. Rosen’s book Cascade is book 1 of the Sleep of Reason series

What does magic want?

A generation has passed since the Cascade transformed the world, smashing the tectonic plates of the political landscape and infesting the wilderness with demons and shriekgrass.

In Ottawa, a scandal-plagued government clings to power, kept afloat by the manipulations of its precognitive political rainman, Ian Mallory. But when his predictions signal only catastrophe ahead, the magic-loathing photojournalist Tobias, land rights activist Jonah, climate scientist Blythe, and emoji-spell wielding intern Sujay must overcome ideology and bureaucracy to save a future from a present whose agenda spells only doom.

Set in a terrifying but all-too believable near future and leavened with a dry wit, Cascade features a cast of fully-realized characters drawn into conflict with each other as they each strive to do the right thing. But who can know what the right thing is, when every choice promises only catastrophe?

To see new books added to our collection every month, please visit the “New Arrivals” page on our website at https://allardlibrary.com/new-arrivals-2/ 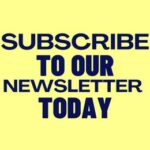